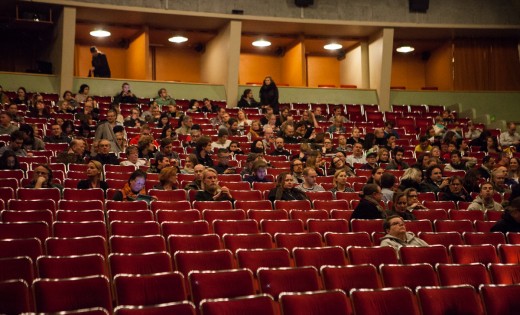 Helsinki Cine Aasia 2015 came to a close yesterday on Sunday 15 March. This year around 1,800 film-enthusiast attended various events during the four-day festival.

Among the most popular events was the screening of Black Coal, Thin Ice (2014) – the festival’s opening film. Another Chinese film, Zhang Yimou’s  epic drama Coming Home (2014), was also a favourite.

Japanese films – such as Uzumasa Limelight (2014),  a story of the “Hollywood of the East”, and the gentle summer drama Chigasaki Story (2014), were also popular. Natsuka Kusano’s debut film Antonym (2014), sold out Dubrovnik at its second screening. Kusano, Helsinki Cine Aasia’s guest in 2015, attended the screenings of her film to talk about the making of it. She told the audiences that she was excited to learn that her film has raised similar kind of questions and triggered similar reactions and feelings in the audiences all over the world.

Japan A-Go-Go festival club at Dubrovnik on Saturday night was also sold out. The crowds packed in to see The Charades play eleki versions of Japanese film and TV-tunes.

Check out photos from the festival on our Facebook page!

Helsinki Cine Aasia would like to thank all festival goers and our supporters and volunteers! See you again next year!