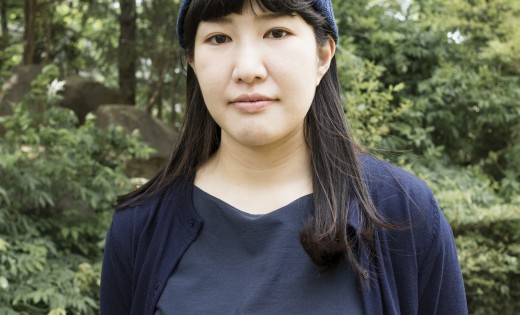 Antonym follows the trendy Aya, an office worker by day and an aspiring scriptwriter by night. Her teacher at a scriptwriting course selects Aya’s piece of writing for production as a radio play – but only if she agrees to find someone else to finalise the script with. Aya asks her seemingly meek and uninspired colleague Sachiko to partner with her – but Sachiko turns out to be far more capable than what Aya ever expected.

Antonym is a convincing exploration of a relationship between two young women. It has won several awards and brought Natsuka Kusano into the awareness of the film industry.

Natsuka Kusano is one of the prominent, young female directors whose work is represented in this year’s Helsinki Cine Aasia programme. Others include Nguyen Hoang Diep from Vietnam (Flapping in the Middle of Nowhere, 2014), Kulikar Sotho from Cambodia (The Last Reel, 2014), Kim Dong- myun from South Korea (The Liar, 2014) and Siege Ledesman from the Philippines (SHIFT, 2013).

Antonym will be screened on Friday 13 March at 5pm and Sunday 15 March at 3.15pm at Dubrovnik. Natsuka Kusano will be present at both screenings to talk about her film and to answer questions from the audience. Advance tickets to the screenings are now available online.