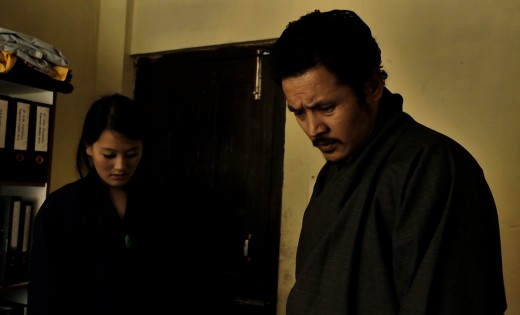 The Heart in the Mandala

The ‘Spotlight on Bhutan’ section shows three films representing the relatively short history of Bhutanese cinema, which in recent years has received acclaim at international film festivals. In many of the films the Buddhist way of life plays a huge part. Be it documentary or fiction, a specific contemplative mood of the country’s religion is never far behind.

Yonten gi Kawa is a documentary about 11-year old Sherab, who must travel three hours daily to go to school. When returning, he must face his fears and walk alone the final leg of the long journey. In The Heart in the Mandala, in turn, all individual feelings and choices are ultimately linked to a destiny determined by the laws of the universe. The Red Door features a man, who carries a door through Bhutanese landscape and through his own life. This visually engaging poetic piece leaves plenty of space for the spectator’s own interpretation.

Notice, when buying 5 or more tickets, it’s cheaper to buy a voucher first from the Info section of this page.