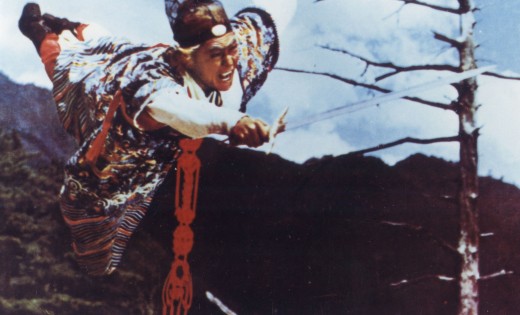 Helsinki Cine Aasia and the National Audiovisual Institute (KAVI) are collaborating to bring to the Orion a mini-series of historical action films from the Chinese speaking world known as ‘wuxia’.

Dragon Inn will be screened at Orion on 8 and 15 March. These screenings are part of the official Helsinki Cine Aasia 2015 programme. We will be showing you the stunning 4K restoration of this once phenomenal hit.

Other films in the wuxia mini-series include the best of the genre from Hong Kong in the 1980s and 1990s. Films such as A Chinese Ghost Story (Sinnui yauman, 1987), A Terracotta Warrior (Qin yong, 1989) and The Bride with White Hair (Bai fa mo nu zhuan, 1993) are insprired by Chinese mythologies. They mix ghost stories and romance to action, creating a unique combination which the audiences in Helsinki now have a once-in-a-life-time chance to see on the big screen!