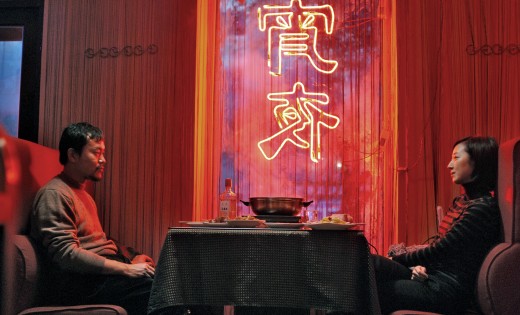 Diao Yinan’s thriller follows a former policeman who investigates a series of murders. He will also need to find out who is the mystery woman who is somehow connected to them all. This modern film noir was awarded the Golden Bear for the best film at last year’s Berlin International Film Festival. Liao Fan, the lead actor in Black Coal, Thin Ice, was awarded the Silver Bear for Best Actor.

Black Coal, Thin Ice will be screened at Bio Rex in Helsinki on 12 March.

In the Helsinki Cine Aasia 2015 programme is also Shinya Tsukamoto’s Fires on the Plain which was premiered last year at the Venice Film Festival. Shiny Tsukamoto is best known for the cult classics Tetsuo and Tokyo Fist. His remake of this 1950s anti-war film has been described by the critics as “brilliantly bonkers”.

This year we also have Vietnamese film in our programme for the first time. 2030 is visually stunning drama that explores the impact of rising water levels to Vietnam’s farmland.

In previous years,  Japanese films have been among the most popular screenings at the festival. Friends of Japanese cinema won’t be disappointed this year either as we have included a varied selection of Japanese films in to our programme.

Helsinki Cine Aasia’s full programme will be published on the last week of February. Tickets go on sale on 5 March.