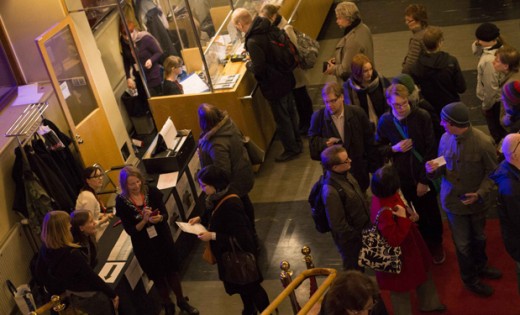 Helsinki Cine Aasia came to a close yesterday.  The festival enticed even more visitors to join in than last year with over 300 more over-all visitors. We even had several sold-out screenings!

The most popular screenings included the opening film Like Father, Like Son (2013) screened in collaboration with Cinema Mondo. The other Japanese films in the program were a hit at well. Big budget action romcom Library Wars (2013) and the anime antholgy SHORT PEACE (2013) both drew big audiences.

A big thank you to everyone involved!